Meteorologies of Modernity. Climate Change and Weather in the Contexts of Postcolonialism and Globalization | LMU Munich | June 26-28, 2014

Third Conference of the Postcolonial Europe-Network in collaboration with the DFG Research Training Group Globalization and Literature: Representations, Transformations, Inventions

Meteorologies of Modernity.
Climate Change and Weather in the Contexts of
Postcolonialism and Globalization

The conference sets out to explore weather, climate and climate changes, both past and present, from a variety of disciplinary perspectives. The aim is to broaden existing theoretical frameworks and to examine, historicize and contextualize discourses on climate and weather. Particular consideration will be given to literature and the arts, which we consider as an archive where specific meteorological knowledge is not only registered but also scrutinized and produced.
As the title Meteorologies of Modernity suggests, one cannot understand global warming without addressing its social, economic and political dimensions: the history of industrialization and colonization, or the (western) notions of, e.g., time, space but also freedom and, finally, the human. By putting a particular focus on weather, the conference proposes to examine another inherently modern phantasm and its relation to and/or repercussions for present discourses on global warming: namely, the ability to not only observe and predict, but to actually control and even produce weather and climate.
The conference takes at its starting point the claim put forward by various scholars that the present climate change calls for a reformulation of the concepts, methodologies, and institutional structures of contemporary humanities in general. According to historian Dipesh Chakrabarty, the planetary crisis of global warming has brought about a collapse of the distinction between the humanities and sciences: Due to the sheer number of human population and the excessive use of fossil fuel and other resources, humankind has now come to possess a geological force that is not only capable of shaping local environment, but of determining climate, weather and environment on a global scale. Consequently, these phenomena are no longer clearly pertaining to the realm of the “natural,” and therefore an object of study of the sciences. Chakrabarty’s idea of the “anthropocene” as the geological epoch in which humans constitute a geophysical as well as political agent poses a number of challenges to traditional approaches, both on a theoretical and methodological level. As the historian points out, what is required is to “bring together intellectual formations that are somewhat in tension with each other: the planetary and the global; deep and recorded histories; species thinking and critiques of capital.”[1] The conference proposes to do this by putting into dialogue postcolonial studies and theories of globalization and by exploring questions of (postcolonial) justice, capitalism, and history.
Scholars in the field of postcolonial studies and ecocriticism in particular are in the process of developing frameworks in which to address questions of environmental (in)justice in national and global formations of domination, i.e. to understand the historical and political dimensions of how and why the effects of global warming affect certain communities, regions or nations more strongly than others. While most scholars would probably agree with Elizabeth Deloughrey and George Handley’s claim that postcolonial ecology must be more than an extension of postcolonial methodologies into the realm of the material world, it remains an ongoing task to explore the profile, methodologies and frameworks of such a postcolonial ecology. In what ways are the modern notions of the political, such as the nation state, affected and possibly altered? How, indeed, can we visualize notions of time and space that extend our familiar, i.e. modern temporal and spatial imagination? What temporalities does the discourse on climate change itself produce or forestall, by the use of, i.e., the affectively highly charged word “crisis”? How is our sense of history affected when all the future seems to bear is the advent of humanity’s end?
The conference wants to explore these and other questions, particularly by drawing on the methodologies of literary and cultural studies, by bringing to the fore how literature and the arts allow us to critically and imaginatively engage with the representational challenges the discourses about climate, climate change and weather have to offer. As, for instance, a renewed interest for the topic in the context of cultural and literary studies has shown, weather bears a specific affective as well as metaphorical potential. Particular attention has moreover been given to cultural practices of “meteorology” – i.e. the daily practices of observation, cataloging, charting, and measuring oneself, the weather and the environment – as they constitute and shape (modern) subjectivities and a sense of relation to environment and being in the world. We would like to analyze to what extent narratives of weather and climate crises of different epochs display a “global consciousness,” how this is reflected in their narrative strategies, and which new knowledge systems and power constellations are being formed.
By contextualizing and historicizing meteorological knowledge from the viewpoints of historiography, literary studies, and cultural studies, the aim is to bring perspectives from postcolonial studies, ecocriticism and globalization theory into dialogue and to reflect upon the wider implications of climate change for the concepts, methodologies and institutional structures of contemporary humanities. The conference will have as contributors both established and young scholars of the various disciplines.

19.00 Dipesh Chakrabarty (University of Chicago)
Beyond Capital: Time, Scale, and the Climate Crisis 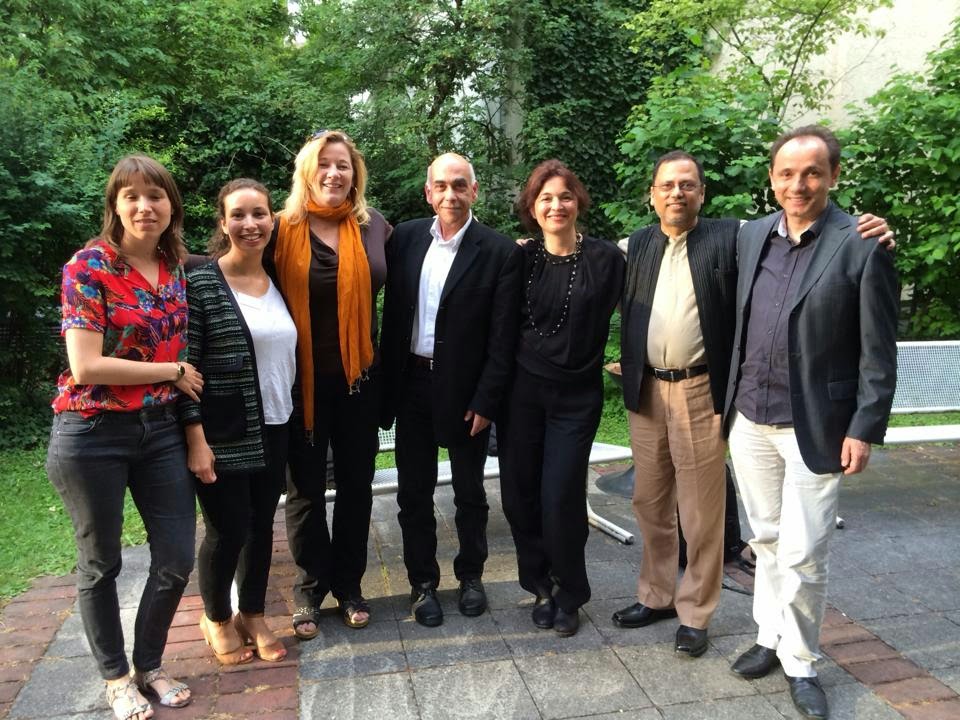 The Research Training Group Globalization and Literature: Representations, Transformations, Inventions is funded by the DFG (German Research Fund). The DFG Research Training Group sets out to examine the function of the literary in processes of globalization from a broad historical perspective, ranging from antiquity to the present day. The research interests focus on the interaction between literature and globalizing dynamics: on the one hand, the transformation of the functions of literature by historically variable media relations (e.g. the changing status of books in societies in which communication is globalized by means of the internet); on the other hand, the ways in which literature not only represents and reflects, but also criticizes and intervenes in globalization processes.
www.en.grk-globalisierung.uni-muenchen.de

Posted by The Postcolonial Studies Initiative at 1:01 AM 45 comments

Second Conference of the Postcolonial Europe-Network (founded by NWO Internationalization in Humanities) in collaboration with Postcolonial Studies Initiative (PCI), Centre for the Humanities (CfH)
and the Graduate Gender Programme (GGeP) 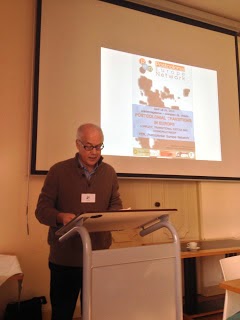 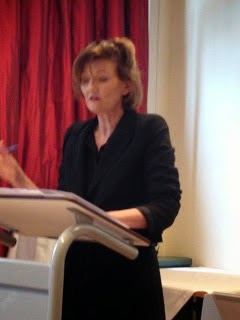 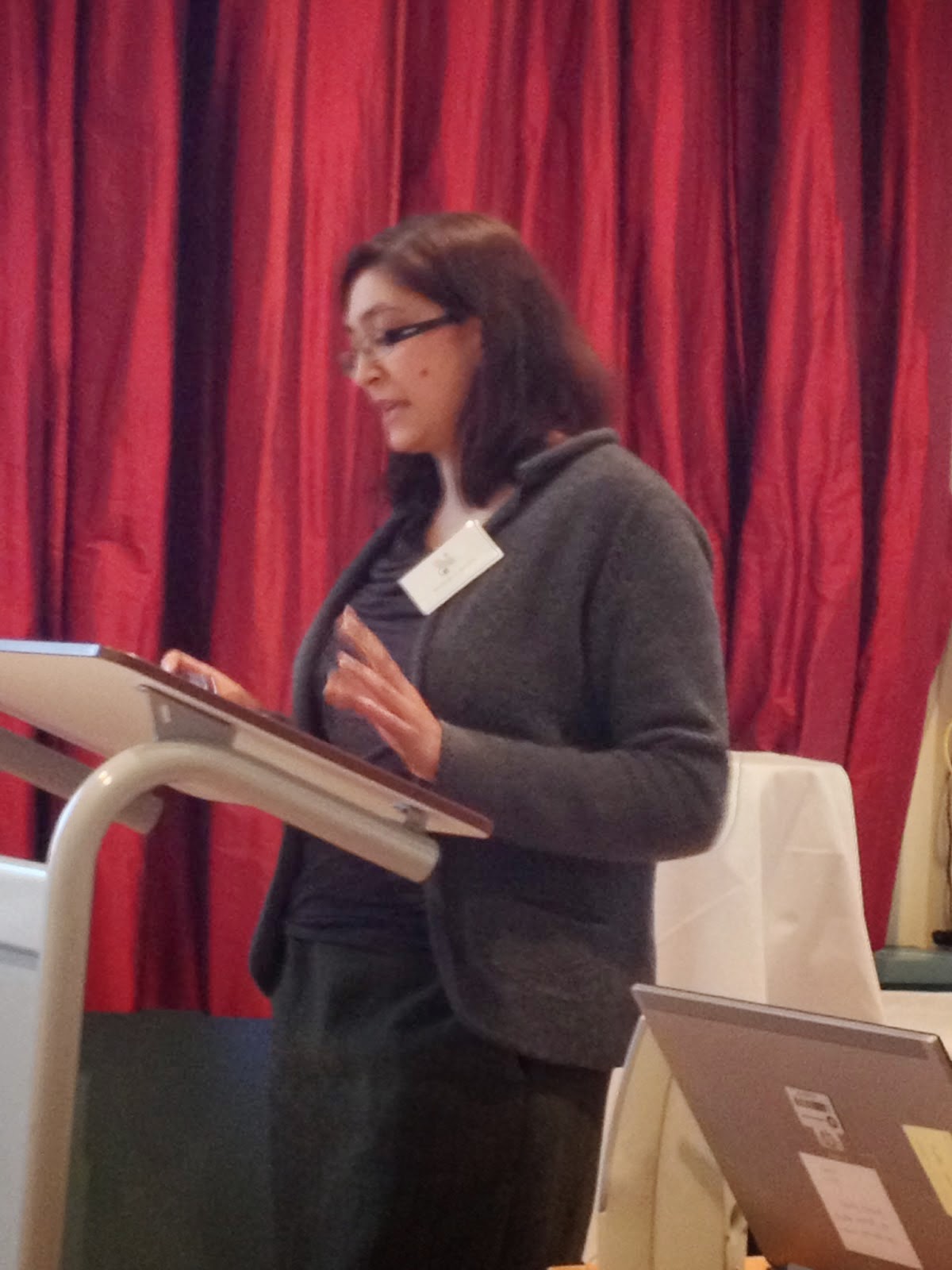 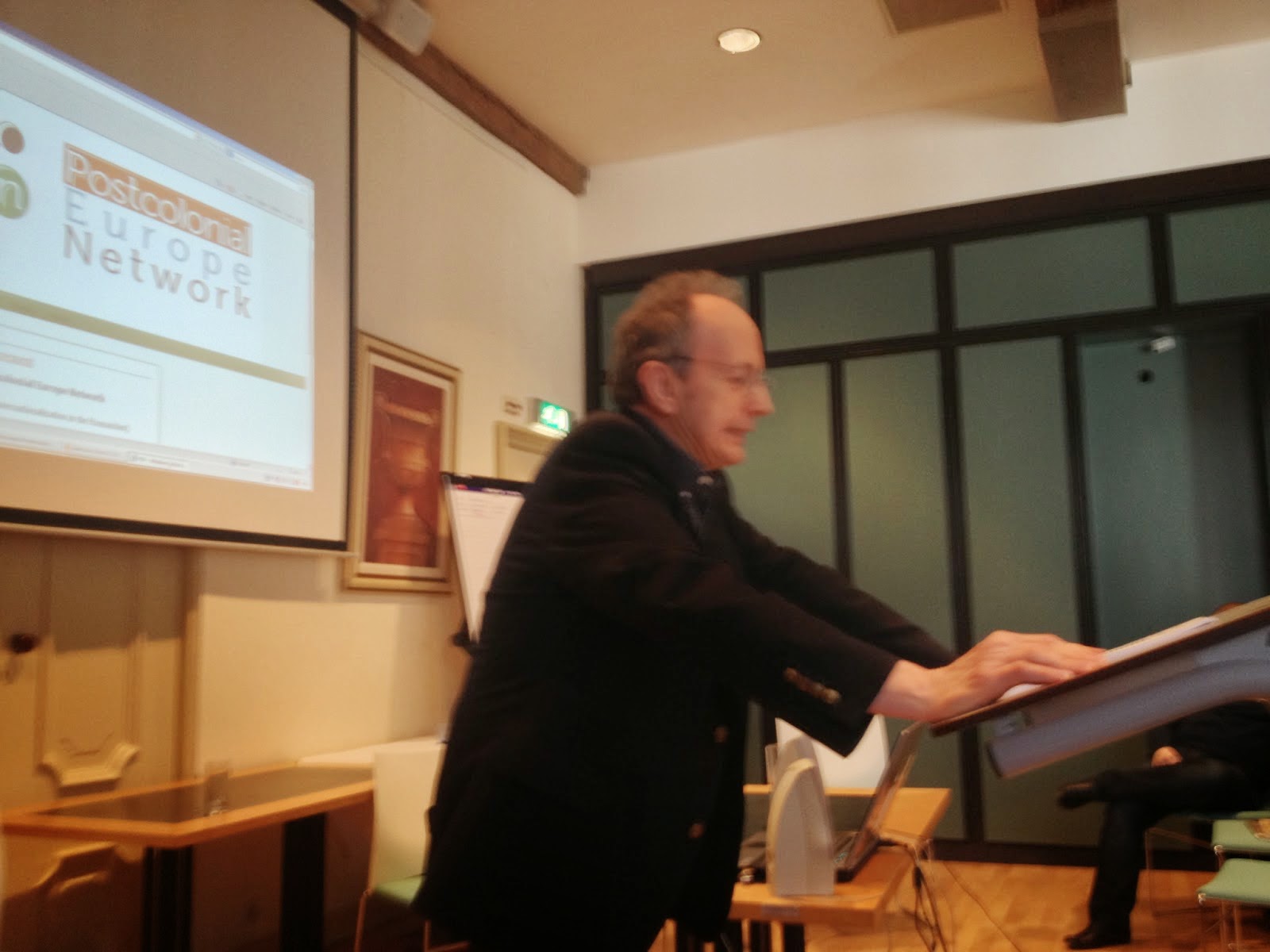 This conference focuses on the relevance of postcolonial theories for the understanding of world-systemic transformations and the shifts in geopolitics in terms of conflict, transitional justice and cosmopolitanism. New crises such as conflicts, terrorism, trafficking, and human rights violation go beyond the boundaries of the nation state and European frontiers and require new analytical tools for the understanding of these rapid transformations.

By investigating culture with the innovative, interdisciplinary and transcultural tools of postcolonial critique Europe emerges as a complex space, which is often imagined and oblivious of its politics of inclusion and exclusion towards migrants, asylum seekers and refugees, as well as of its take on internal conflicts, political transitions and cosmopolitan imaginary. In order to tackle the new crises that plague Europe and beyond, this conference will bring together the complementary and synergizing expertise of postcolonial scholars who work across different disciplinary fields such as conflict studies, law, ethics, memory studies, human rights and international relations as well as the arts, visual culture, music and digital platforms. The goal is to inform a new wave of young scholars and academics on how to assess the emergencies and transitions of the present through an ability to acknowledge the working of the past and rethink Europe as a new possible cosmopolitan space.

The conference will focus on conflict, transitional justice and cosmopolitanism examining the narrative that walks the line between, before and after, memory and truth, compensation and reconciliation, justice and peace. Some of the participants will examine communities ravaged by colonialism and the harm that colonial and postcolonial economic and social disparities cause. The comparative and interdisciplinary exchanges will generate a better understanding of difficult pasts to present communities, questioning the many possible trajectories from disruption to truth, reconciliation and healing, with particular focus on Europe.

The conference was made possible thanks to the collaboration of:

The PEN conference is organized back to back with the Edward Said Memorial Conference “In Time of Not Yet” (April 15-17, 2013).
Organized by the Centre for Humanities in Utrecht, in collaboration with the Treaty of Utrecht 2013 commemoration.
The Edward Said Memorial conference “In The Time Of Not Yet” inaugurates the commemoration of the 1713 Treaty of Utrecht. The three-day conference will focus on the role of culture in diplomacy and peace-making. With Mariam Said as honorary chair, each day will feature renowned speakers on Edward Said’s work, such as Judith Butler, Etienne Balibar, Maestro Daniel Baremboim, Gayatri Spivak, Marina Warner and many others.

Posted by The Postcolonial Studies Initiative at 2:46 PM 3 comments